Medilink is pleased to announce a strategic partnership with Golden Hour, a leading provider of medical escort and medevac services in Angola. The partnership with the Luanda-based provider sees Medilink strengthen further its reach and direct involvement on the African continent.

Golden Hour is a sector leader in Angola with immense resources and field experience in West Africa. The provider has invested heavily in recent years building up its corps of internationally-trained medevac flight crew along with standby aircraft, ambulance services and its own vast stocks of medical supplies and equipment. 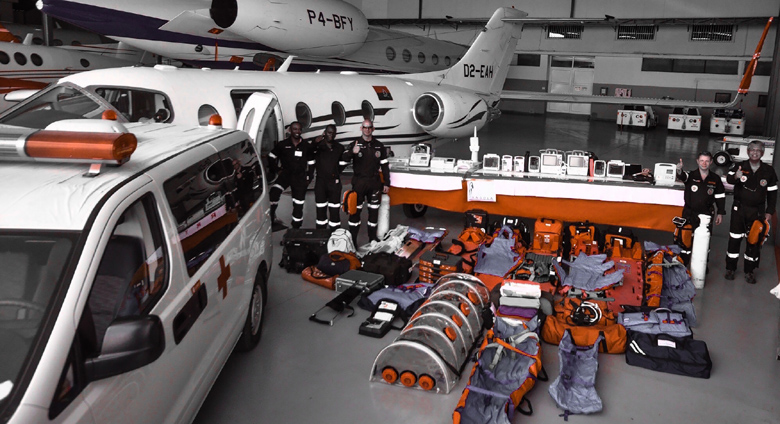 Medilink’s partnership with Golden Hour demonstrates our firm commitment to serving an international client base operating across the African continent. The past year alone has seen Medilink involved in major projects in Africa, such as providing mobile, remote medical support to a multinational team working across a 1,200km corridor straddling national borders. In addition, we have been engaged in Tanzania, Kenya and Mozambique.

The partnership with Golden Hour comes just six months after Medilink opened a permanent office in the Egyptian capital, Cairo, with the aim of increasing its ability to support teams operating not just in the North but also in sub-Saharan and central Africa.

Announcing the new partnership, Medilink CEO Simon Camilleri said that in Golden Hour, Medilink had found a partner that shared the same ethos and ethics in their approach to service delivery. “Over and above being able to provide immediate support to clients in Angola, and strengthen our presence in West Africa, the partnership with Golden Hour is a meeting of minds. We are honoured to have found in Golden Hour a partner that shares our rigorous approach not only to delivering critical medical services but also to areas such as strategic planning and clinical governance. These aspects are key to setting and maintaining the highest professional standards in our sector.”

Dr Rui Araujo, Medical Director at Golden Hour, said that the new partnership, which builds on the experience of delivering medevac operations for Medilink in Angola, would enable the company to offer an enhanced range of skills and expertise to their core client base in the country. “By drawing on the depth and breadth of Medilink’s international experience, Golden Hour can now offer added value in new areas such as medical emergency response planning, occupational health and health risk assessment to complement to our core competencies in medevac”, Dr Araujo said.