However, skin cancer is one of the more treatable cancers if caught at an early stage, and, importantly, one of the more preventable too, according to the United States Skin Cancer Foundation. Education and regular self examination and check-ups by medical professionals are paramount in reducing the incidence of skin cancer – both melanoma and non-melanoma types – particularly among groups identified as at higher risk, such as outdoor workers.

Non-melanoma skin cancers generally occur on parts of the body most exposed to the sun, such as face, neck, ears and forearms. The implication is that long-term repeated UV exposure is the cause. While melanoma skin cancer is far less common with rates of about 1 per cent of all skin cancers, its ability to travel to other parts of the body, which is rare in basal cell or squamous cell carcinoma, make it particularly life threatening if not detected and treated at an early stage.

Genetics and personal characteristics are also at play in heightening the risk factor. The WHO has identified certain groups who are more at risk of malignant melanomas, including. 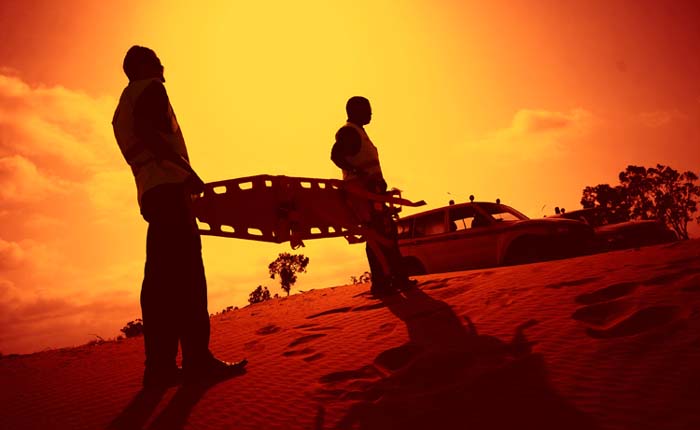 The WHO mentions the depletion of ozone levels – the atmosphere’s protective filter against greater solar UV radiation reaching the Earth’s surface – as a key factor in the increase in skin cancer incidence. The WHO notes that there seems to be a link between the raised global incidence of melanoma and increased recreational exposure to sun, and to sun burn. It concludes that personal responsibility has a large role to play in helping protect ourselves against the risks associated with skin cancer.

While remote site and other outdoor workers such as those employed in the construction industry are issued with mandatory protective and safety clothing, they will inevitably be exposed to far greater levels of ultraviolet radiation (UVR), which is the single most important external risk factor for the onset of skin cancer.

Outdoor workers operating in remote, open, desolate and harsh sites such as deserts and deforested plains, not only face higher skin cancer incidence from the very nature of their job, but also from their recreational and leisure time too.

The findings of the study, based on data from the EPIDERM project which was funded by the European Commission’s Executive Agency for Health and Consumers EPIDERM project (PHEA 2007–A/100994 HI), indicate that outdoor workers, particularly those who work for many years outdoors, are a group that is more vulnerable than indoor workers to develop skin cancer. It also concluded that outdoor workers were likely to have a lower knowledge of skin cancer and its risk factors and that this group deserved more protection by governments and/or employers, by providing UVR protection as well as education.

At Medilink, our occupational health services are there to not only pick up on any early signs of skin cancer but also offer health information and advice to our clients’ staff both at our country clinics and at remote site units. Ongoing educational campaigns and systematic examination to ensure early detection remain the best line of defence in reducing the incidence of skin cancer among outdoor workers.